Bands need breaks, and competition playlists don't curate themselves. Enter the DJs! We're bringing in a variety of top-notch local and out-of-town DJs to spin up their favorite tunes. Stay tuned for further DJ announcements!

Joanna owes her initial love of jazz era tunes to all the musical references in I Love Lucy (a slightly unhealthy childhood obsession). She started swing dancing and DJ-ing in her college swing club at RIT and is currently a DJ in her home scene of Austin, TX.  From Lindyfest to Snowball, Joanna has enjoyed being a guest DJ at events around the country and abroad.  Her goal is to make you feel that urge to get up and dance whether it’s with a partner or rockin’ out solo. For her, it’s all about that driving swing beat and a chance to be playful. 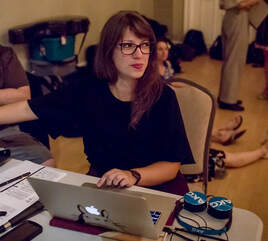 Ann began swing dancing in 2008 in Waterloo, Canada (not far from Toronto) and now lives in the US. Since getting her first songs, she has DJed in her home scenes including the one she founded in Switzerland called Swingtime Lausanne. She has had the fortune of playing swing for evenings and workshops around the world as well as she is the perennial head DJ at Great Lakes Balboa Escape in Chicago. Digging through old stuff and new (soft spot for the original stuff), small group to big band to Newport, North American and European, she aims to create an atmosphere worthy of creativity and playing around with the dance. 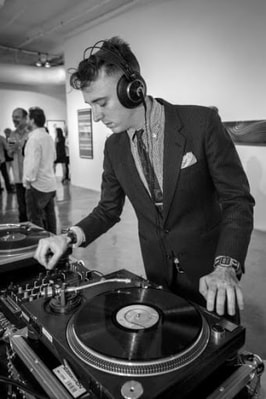 Ben Luhrman has been DJing events in San Antonio since 2007.  His inspiration and music selection come from his father and grandfathers’ love of vintage music.  Ben has been listening to many different artists since he was a very young boy. His appreciation for quality, danceable tunes makes him a versatile DJ.  Ben believes that he can set the mood and tone for any event through his music selection. 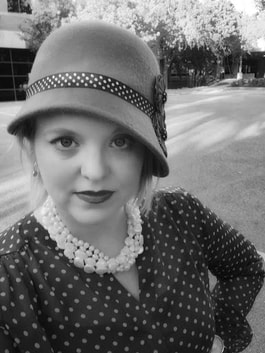 We are delighted to have Keli returning as a DJ to Hot Rhythm Holiday! She started swing dancing in Houston in 2009. After joining the Houston Hepcats performance team, her love of swing dance music really skyrocketed and she began to DJ in Houston at the weekly dances both at Eldorado Ballroom and the Chocolate Bar. Since moving to Austin in 2015, she DJs regularly at The Fed on Thursday nights, plus she frequently DJs in The Fed's Uptempo Room. Keli also DJ’d at Austin Lindy Exchange each year since 2017.

Keli enjoys teaching all levels and her exuberant joy for dancing always shines through. When she’s DJing you can often find her rocking out some sweet solo moves in the DJ booth, pulling the most she can out of the music. Keli has a soft spot for female musicians, favoring Ella Fitzgerald and Laura Windley as the best swing vocalists from their eras, and could not be more over the moon to welcome back the Mint Julep Jazz Band featuring Laura Windley for this year's HRH!! More glockenspiel please!! 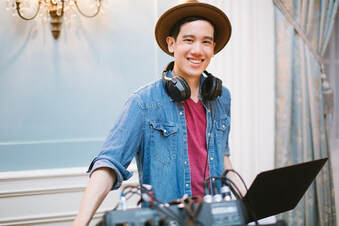 Kevin discovered a passion for swing dancing back in 2010 and has become an enamored social dancer, competitor, teacher, and DJ for dancers ever since. Over the years he’s had the privilege of DJing for events such as the Austin Lindy Exchange, Hot Rhythm Holiday, Alamo Stomp, Texas Intercollegiate Swing Battle, and Jammin' on the James.

He loves when dancers express joy on the floor so he keeps them in the moment with songs from his favorite artists like Count Basie, Ella Fitzgerald, Bennie Goodman, Sidney Bechet, Jimmy Rushing, Illinois Jacquet, and Lionel Hampton. When not traveling to swing events around the world to get his Lindy Hop fix, Kevin is teaching classes and sharing memorable jazz tunes in his home scene of Austin, Texas. 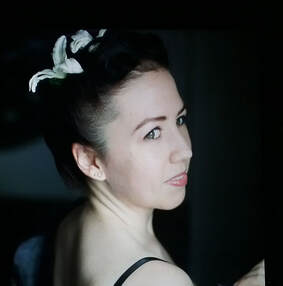 Lian picked up her love of jazz music dancing with her college swing club, and learned to DJ with the club’s epic CD collection. After a hiatus, Lian returned in 2012 to DJ sweet swinging tunes in Madison, WI. Since then, she has been picking out tunes to keep people dancing ‘till all hours at events in the midwest and nationally. Now a part of the Austin, Texas scene, she loves DJing at the Fed for one of the biggest weekly swing dances in the United States.